Warning: count(): Parameter must be an array or an object that implements Countable in /home/customer/www/thisfaiththing.co/public_html/wp-content/themes/Extra/includes/template-tags.php on line 54

“I’m sure we’ve all seen them before.  Rainbows.  They are absolutely beautiful.  Everything God has created is beautiful.  And I am also sure that many people don’t really understand what they mean.  Or at least that’s what I think.”

Last week as I was leaving work- I’m a professor by the way- I looked towards the light fixture that lead me towards the garage where my car was parked.  I saw something strange!  As I looked at the fixture I noticed a rainbow around the light bulb.  Immediately I smiled and remembered that God is great.  I mean, to be honest, I know that God is great but there are times that we need to be reminded of His faithfulness.  I was shocked to see the rainbow around the light but I loved seeing it none-the-less.  As I continued to drive home that night, I saw rainbows all around the light fixtures on the roads leading me home.  This time they were getting bigger and bigger the more I drove.  At this point, I was continuously reminded of His faithfulness making me so very elated to know that I have a father in heaven who is a God of covenants.

I continued to drive as normal not thinking too much of what I was noticing on the road.

When I reached home and was settling down, I looked again towards a lamp and then I noticed that I saw a rainbow again.  Now friends, I love rainbows but at this time I knew it wasn’t that I should be seeing it in the house but that something was wrong with my contacts and possibly my eyes.  As a normal person would do, I quickly jumped up and dashed up the stairs to remove my contacts.  But when I reached my room, the Spirit of God reminded me that He indeed keeps covenants and that I needed not fear.  (The cornea of my eyes were just swollen because of the new prescription I had received just 2 weeks prior.)

[pullquote]God, if we trust in Him, does EXACTLY as He has promised!  He just does![/pullquote]

God, if we trust in Him, does EXACTLY as He has promised!  He just does!

In today’s very modern society, we see the use of the rainbow for something very contrary to the word of God.  Today, the rainbow is used to symbolize homosexuality and not what it really means – the covenant of God.  Society has found a way to misconstrue the word of God and because we live in perilous times, where God is practically taken out of everyday life, there are many, especially children who don’t even know that a rainbow is a symbol from God representing the promise of God.  Well, what do we expect when the god of this world, Satan is being allowed to rule as he pleases.  He finds ways, daily to misconstrue the Word of God. God is a God of standards friends and He will not be mocked.  Those who refuse to believe God or continue to twist the Word of God to fit their standards will have a price to pay.  It’s in the Bible- Rev 22.  The Word of God is forever settled in heaven friends- Ps 119: 89. [pullquote]The Word of God is forever settled in heaven- Ps 119:89[/pullquote]

You’re probably reading this thinking well then what truly is the meaning of the rainbow? Well, I’m glad you asked!  Let’s begin to dissect it.

Why did the rainbow come about?

First off, we should understand that when God creates anything, He does so with an intention for its use.  Just as we, humans, were created for a purpose, so also the rainbow.
It is in the book of Genesis 9 that we first encounter the word rainbow.  But to truly understand why it even exist- the rainbow, we need to do some back tracking.  All the way to Chapter 6 of the book of Genesis.  When you get there, you will read that God was not so pleased with the world and the human race.  By the way, if you don’t have a Bible, I recommend getting this one.  Anyway, man was doing the complete opposite of what God intended for Earth.  God created man with a purpose in mind, but man was doing another thing entirely.  It was very unpleasing to God and really hurt his heart!  Everything was going wrong, friends!

In Gen 6:3-8: ‘The Lord observed the extent of human wickedness on the earth, and he saw that everything they thought or imagined was consistently and totally evil. So the Lord was sorry he had ever made them and put them on the earth. It broke his heart.  And the Lord said, “I will wipe this human race I have created from the face of the earth. Yes, and I will destroy every living thing—all the people, the large animals, the small animals that scurry along the ground, and even the birds of the sky. I am sorry I ever made them.” But Noah found favor with the Lord.’

God was annoyed at what He created.  Very disappointed that this creature He molded perfectly- man- was behaving imperfectly.  By the time you get into chapter 7 of the same book, God sent down a heavy rain to wash away the entire population.  The only family that was spared was Noah’s family!  The Bible tells us that the floodwaters covered the earth for 150 days!  That’s a long time friends.  But that was enough time for God to completely wipe everything and everyone off the face of the planet.  But He only spared Noah and his family.  Eventually the waters receded and life continued with Noah’s family repopulating the earth.

In Gen 9:20, after the water receded, Noah built an altar to the Lord and there he sacrificed as burnt offerings the animals and birds that made it through the flood.  Noah did this to show his appreciate to Father God for sparing them and ultimately for giving man a second chance.  Friends, this alone tells us that when God does anything for us we must thank Him.  Because truth be told, God doesn’t have to do anything at all, He is God and can do whatever He likes!  So when God looked down from heaven and noticed what Noah was doing, the sweet smelling aroma hit heaven and God was pleased.  God was moved and touched.  God was honored and said to Himself that He would never again curse the ground because of humans even though we are sinful from childhood!  He vowed never to destroy all living things like that again!

In chapter 9 is where we are introduced to what we know as the rainbow.  Because of the sacrifice of Noah and his ability to please God on behalf of the human race, God has promise not to destroy the earth like that again.  Because God is a God of principles, a God of His word, a God that doesn’t lie, He made a covenant between Himself and man.  Beginning in verse 8, God confirms His covenant with Himself and Noah’s descendants, that never again will He kill all living creatures with a heavy flood/water.

Ordinalrily , we all should be able to take the word of God as He says it.  God doesn’t really owe us an explaination, if He says something, He means it!  God never backs out of what He says, NEVER.  EVER!  But we see in verse 12  God telling Noah that He will give them a sign; a sign of His covenant, with all living creatures, for all generations to come.  You see friends, God is amazing.  He is faithful and He is loving.  He truly cares for us otherwise He would have wiped everyone out, including Noah’s family.  But God didn’t do that.  He maintained and displayed His love but telling us that He will show us a sign.  And what is that sign you ask?!  His rainbow!!!

God eventually told Noah to go outside and look unto the clouds.  That in the clouds will appear His rainbow which is a sure sign of His covenant between God and man. God further goes on to say that when He sees the rainbow in the clouds, He will remember the eternal covenant between Himself and every living creature on earth.

Friends, we’ve just briefly examined the nature of the God we serve and look unto.  God acted out of anger for the fact that man was doing as they pleased.  Not doing the will of God and just misbehaving all around.  God wanted a fresh start and so he looked around and found Noah to be faithful to Him and spared Noah and his family.  And to further tell us that He will never do such wiping out again with water, He gave us the rainbow.  The rainbow that means His covenant with us!

The rainbow, unfortunately has turned into something different than what God designed it for.  The meaning has taken on a new life and that is what we need to examine.  Why has this happen?  Why is it the rainbow that is being used to represent something that God doesn’t approve of?  And is there more implications to it than we think?

Part 2 will address all these questions!

Go in peace and God bless you! 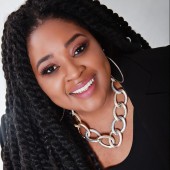